A small selection from our Antique Head Aid collection spanning 100 years from the mid-1800’s to the mid-1900’s: 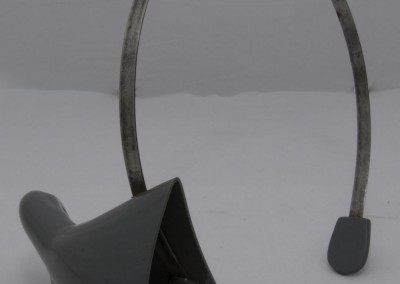 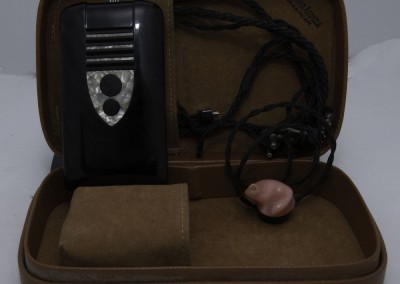 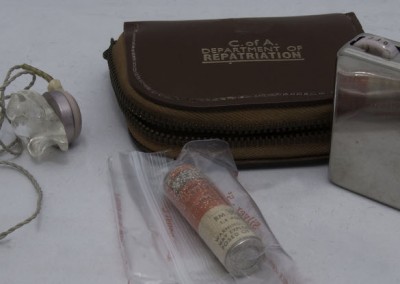 Body Aids supplied to pensioners and returned servicemen and women 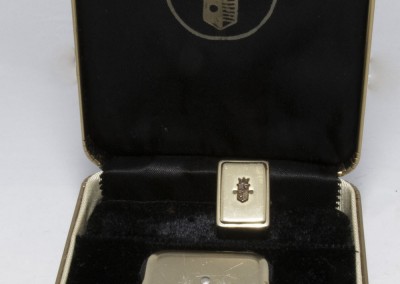 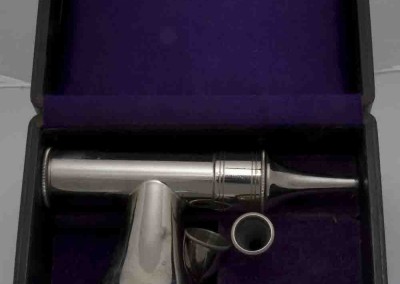 Brunto otoscope or auroscope was used for observation and surgery of middle ears and ear drum. Made from c.1860s – c.1930’s 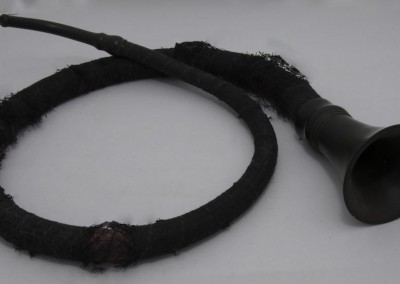 Used to amplify sounds from 1890’s – 1930’s. (later in some countries) Silk thread around the rubber tapered tube. Came in a variety of lengths. 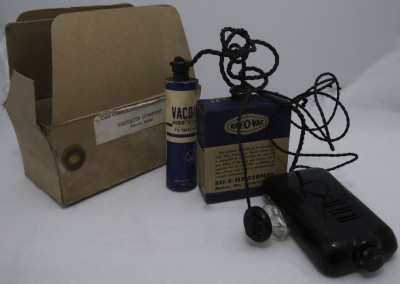 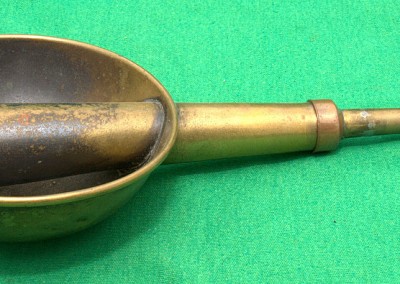 Made from 1890’s onwards. Materials such as brass, silver, wood and copper were used. 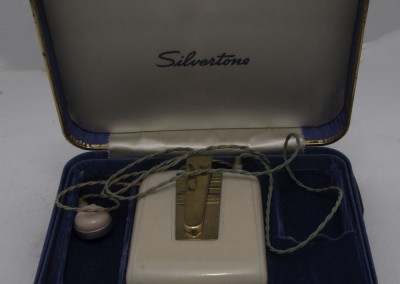 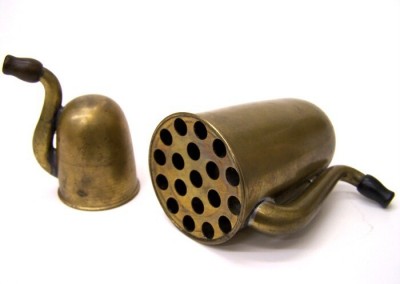 A pair of large and small “London Dome” passive type ear trumpet – made from the 1880’s until relatively recent times. Sizes are small = 50mm x 40mm large = 90mmx50mm while even larger models were produced. 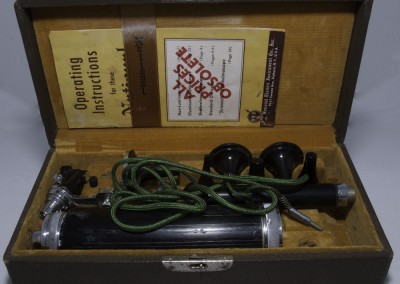 National otoscope made for medical inspection of the ear canal and associated parts. c-1915 – c1940. Used in the armed forces and others. 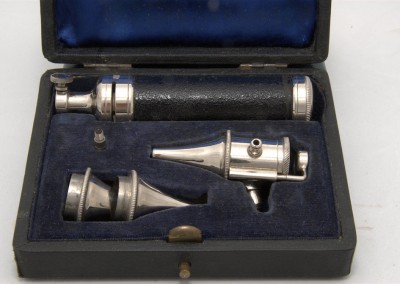 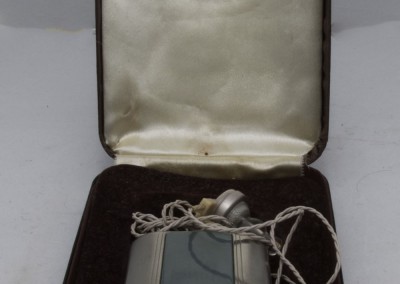 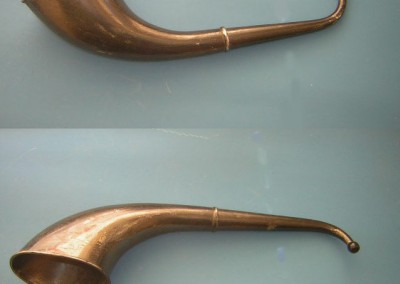 “London Dome” type ear trumpet made from the 1880’s until relatively recent times.